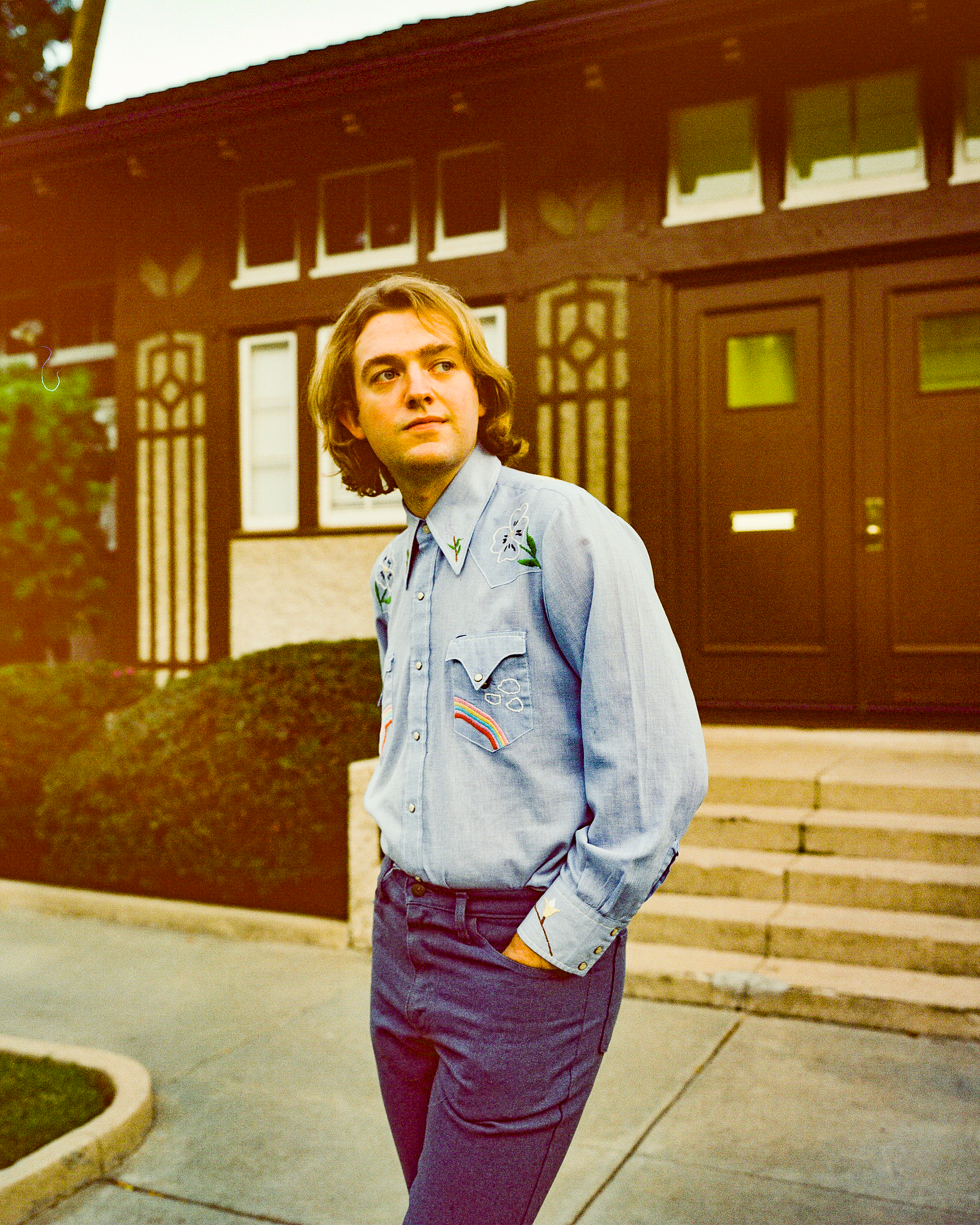 Picture it: A soft-focus shot of a bungalow on a leafy residential street. The single-storey house is painted robin’s egg blue and there’s a young man in a plaid suit standing outside the front door in his bare feet. He waves at the camera as the title appears across the lower third of the screen: Harmony House. It stars the lovable one-man-band Sloan Struble, and though you’ve never watched this TV show before, it feels comforting. With that wave, Struble invites you into his world—and his new album.Struble, who records music as Dayglow, explains that his sophomore album began life as an imaginary sitcom. He’d begun writing new music after the release of his runaway 2018 debut Fuzzybrain, and found himself drawn to piano-driven soft rock from the late ‘70s and early ‘80s. He was also watching a lot of Cheers, the long-running sitcom that took the viewer to a place where, as the theme song goes, “everybody knows your name.” “At the very beginning, I was writing a soundtrack to a sitcom that doesn’t exist,” he says. The music would generate a kind of impossible nostalgia for something that had never been real. Much of Harmony House is about growing up and coping with change; after Fuzzybrain, he left university and decided to fully commit to being a musician. During this time he found a collection of poetry in his family’s house that had been a favorite of his great-grandmother’s. A line of verse there became a lyric on “December,” his favorite song on the album: “So my friend, just remember every year has a December.”